We lost a good one.

We lost a good one.

Just got word that Pearl Gamble has left us.

Pearl was around from the beginnings of our hobby and he did about everything you could do in Karting.

Pearl will be missed by many and especially us Ohio guys. 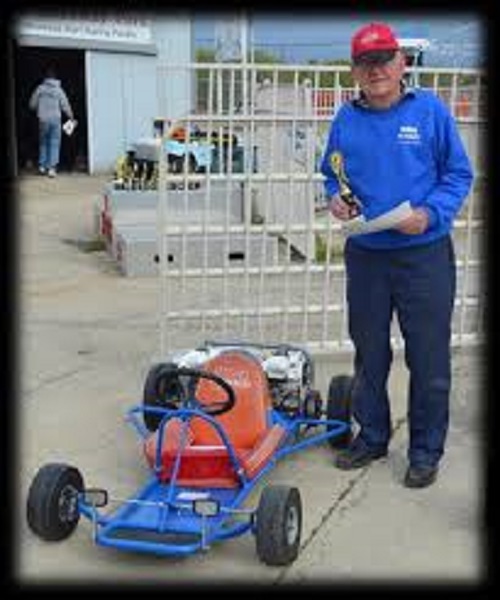 He was born December 9, 1935 in Mt. Victory to the late John and Ida (Albert) Gamble, he was also preceded in death by his first wife, R. Delores (Overly) Gamble, they were married June 17, 1956 and she died April 16, 2005. Also preceding him in death was a daughter, Kim Elaine Mathews and two brothers: Harold and John Gamble.

Pearl was a 1953 graduate of the LaRue High School, he was very proud to be able to attend his 65th class reunion in 2018.

Pearl was a well-known, respected contractor in Marion County, he built many homes and even a log cabin that was featured in a Log Cabin magazine.

He had attended the LaRue United Methodist Church and was a 50 yr. member of the LaRue Lodge #463 F. & A.M.

Pearl was very active in his community, serving as a Montgomery Twp. Trustee for 16 yrs., he had also served as Grand Twp. Zoning inspector and served on the Marion County EMA Board for 14 yrs.

Pearl had a passion for sports. He loved watching the Buckeyes and the Indians and when they were in school, his grandchildren.

Public Graveside services will be held Monday January 11, 2021 at 11:00 am at the LaRue Cemetery, Pastor Debi Berry will officiate. Private family calling hours will be held, with Masonic Services.

The family would like to thank Brian from OhioHealth Hospice, Nurses on MGH 2 east and Greg from Joyce's Angels for their loving care.

The Stofcheck-Ballinger Funeral Home is assisting the family.

Condolences and remembrances may be expressed at www.stofcheck-ballinger.com
Top
Post Reply
3 posts • Page 1 of 1